Recently, Facebook changed their parent name to Meta, in order to stick to their idea of creating a metaverse. At its core, the idea of connecting the internet to real life and making it almost interchangeable is something very similar to the movie Ready Player One. Having an extended reality does make the Metaverse Facebook an interesting concept, but one that’s still not ready yet. However, it’s said that around 10000 people at Facebook are actively working on it, so we will see it as a reality sooner rather than later.

Why is it important to have a Metaverse?

The idea to create a Metaverse Facebook has been around for quite some time. The company has a huge userbase, and they are trying to innovate and find a way to make their experience even more immersive. Using the latest technologies like AR, VR and so on to mix reality with a seamless cyberspace sounds like a great idea. Aside from bringing more users to Facebook, it also offers a way for people to expand the way they use the platform, while trying out something new.

Meta is not set to be just a social media platform. Mark Zuckerberg stated that they are trying to design the operating system of the future, one that don’t keep you on a certain platform, and which helps you choose what to do and where to go. With this Metaverse Facebook, they are trying to offer the tools and not be a gatekeeper for a platform.

Right now, Facebook is in a very challenging place. They are dealing with political battles and a lot of bad press. We can only assume that in their minds, rebranding sounds like a very good idea, and one of those things that can indeed make a huge difference. Of course, there are different reactions all around the globe regarding this shift of focus and rebranding. Some see the Metaverse Facebook as a great idea and a way to pave the future for something new and different. Others however see the rebranding as a way to shift the attention from all the current bad situations that the company is dealing with. 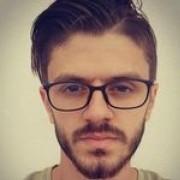 What is the darknet browser ?